Blog - Latest News
You are here: Home1 / ُStrategic Notes2 / Regional3 / USA4 / Options for the Islamic Republic of Iran Regarding the Anti-JCPOA Policies...

The position taken by the United States towards the Islamic Republic of Iran, and in particular towards JCPOA, is of high sensitivity because, in the absence of its accurate understanding, it can once again securitize the conditions of our country. The Strategic Studies Institute has dedicated its monthly meeting to this subject in order to suggest vigilant, accurate, and timely responses and reflect on various options in this regard.
Trump will undermine the credibility of the United States and cause a major blow to the US credibility if it fails to respect the JCPOA. On the other hand, if he confirms the JCPOA without any response, and does not send it to Congress, Iran should follow up the case and see if it is confirmed or rejected.
The Congress can go ahead with Corker’s plan; which is more dangerous than the Trump plan. Corker is the head of the Senate, and believes that if, according to Trump, we withdraw from our commitments and do not fulfill our obligations, we will become the subject of the international community and we will be blamed. He believes that efforts should be made to force Iran to withdraw.
The Corker’s plan is more dangerous for us than the Trump’s, and its goal is that Iran, itself, withdraws from the nuclear deal, not the United States, because they want to have their allies and not be condemned by the international community.
The Congress is in line with the Europe and both sides interact with each other, but the policies of Trump will overcome their equation. All the Congress wise members believe that it is better to keep the JCPOA, but by imposing sanctions, they will put pressure on Islamic Republic of Iran to withdraw from the JCPOA.
It is suggested that in this period, we, by communicating with Europeans, persuade them to force Congress to remain loyal to their commitments.
We need to strengthen our relations with the Russians and the Chinese, and even get the acceptance from the rest of the world, and increase the investment in our communications so that we can stand up to the US pressures. We need to expand economic relations to make them more dependent on Iran.
If we are not considered as a trustworthy actor, no one will trust us, so we need to have active diplomacy and transfer our goodwill to them. The issue is not just about JCPOA, it is beyond the nuclear deal; it is the future of Iran.
If the Europeans do not keep their promise and if the US Congress or even Europe do not adhere to their commitments, their own elite community will be ashamed of us. If the Americans and Europeans would not keep their promises then they will lose their political and security credibility altogether and this reality should be passed on to Americans.
The Trump administration seeks to securitize Iran and wants to securitize Iran’s missile program and regional activities in a special way as well and has been successful in doing so till now.
The difference between Obama and the Trump era was in the separability of threats. Basically, the JCPOA was signed because of the US perception of the threats. Nuclear threats, regional threats, threats of terrorism and human rights, while the Trump administration believes on the inseparability of threats.
Iran must spare no efforts and use all the means it needs to prevent its nuclear issue from being securitized and to confront anti-Iranian discourses such as Iran is an expansionist or de-stabilizing player and prevent the conversion of these discourses to dominant discourses. 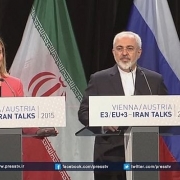 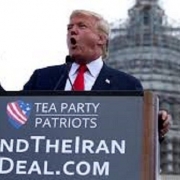 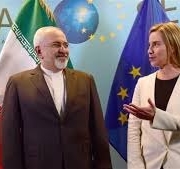 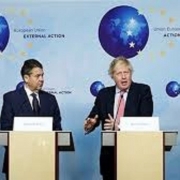 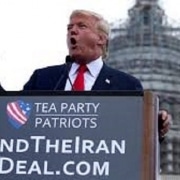 North Korean Crisis: the Difficulty of a Particular Route of Power Projecti...
Scroll to top