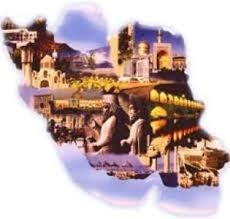 The tourism industry is among growing economic sectors with development potentials in Iran. Prosperity and dynamism of this sector can considerably contribute to the realization of the resistive economy. However, the development of this relatively neglected sector faces several obstacles in Iran.

In the field of tourism export which is the number of tourists coming into the country, after a 12.8% growth during last year, Iran has experienced a 2.3%  growth and as a result, , left behind Jordan, Israel, Turkey and Egypt and took 110th place in the world after Oman, Lebanon and Pakistan.

Considering Iran’s security compared to the security of its neighboring countries such as Turkey, as well as insecurity in some tourist destinations of Iranian tourists, including European countries, it is expected that a growth of travel and tourism in our country take place in the coming year.

Due to the high exchange rate of the dollar to Rial, Iran is among cheap tourist destinations and travelling  to Iran is cost-effective  for many western middle and lower classes as well as the citizens of developing countries and countries in the region.

Many of the basic infrastructures for the introduction of the country’s attractions to tourists Such as updated advertising, convenient transportation infrastructures, adequate residential centers and well-trained guides face serious problems.

Continuation of false propaganda made by media, personalities and anti-Iranian circles as well as securitizing Iran in the international arena together with the failure in lifting some sanctions have created restrictions for Iran in the field of attracting foreign tourists.

Proper advertising is to be strengthened to identify tourist attractions in various aspects and at the same time, economic opportunities in the tourism sector should be introduced to citizens as well as domestic investors to motivate private sector to invest on the tourism.

With the growth of domestic tourism, the turnover of the tourism sector increases followed by increased economic and job opportunities. On the other hand, the irregular transfer of the currency of the country can be prevented. 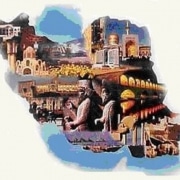 Turkey’s Regional Position and its Impact on Iran’s Security Ap...

Iran and the Next American President
Scroll to top