Blog - Latest News
You are here: Home1 / ُStrategic Notes2 / Europian Union3 / The Crisis of Migration and Refugees in Europe 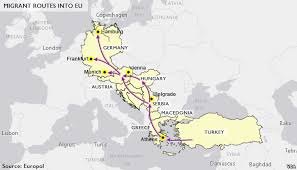 During the first 8 months of 2015, almost 300,000 refugees have crossed European borders through the Mediterranean Sea. According to the UNHCR figures, the total number of refugees in 2014 had been 220,000. It is worth mentioning that in the past few months the racist and nationalist groups have started to protest against refugee flows and in the first half of the year 2015, refugee camps were attacked for more than 200 times, an increase which is three times more than the last year.
In case of continuous flow of refugees coming to Europe, the EU would face a severe challenge, the first and the most important one could be emergence of a flaw within the EU, a challenge heralded just by the current situation. In fact, the crisis has led to two profound gaps within the EU. The first is among the governments and it is about how to deal with the crisis, and the second challenge associates with citizenship.
Given the fundamental differences between EU leaders, it doesn’t seem that the crisis can be overcome in a short run and the EU faces a real paradox. Resisting against the refugees will surely damages the EU reputation and will question its sincerity with regard to its human rights approach and this, in turn, can bring about a worrying situation for the EU leaders. Meanwhile, more refugees will cause more right-wing groups reactions. However, the EU member states have to come along with the situation and accept a certain number of refugees, and finally bear a part of responsibility of the situation in the Middle East and Africa in which they themselves have played a part.
It is true that the EU member states are looking at the refugees through the prism of their own national interests. They are not ready to admit this number of refugees and even some rich EU countries like the UK and France are ready to host a limited number of refugees. a reason why a limited number of refugees are accepted beyond available resources, is the reaction by right-wing groups.

The Matter of Survival; Iran’s Space and Missile Programs
Scroll to top