The most important events of the last month are as follows: the letter from Obama to the Supreme Leader, the Republicans majority in the midterm Congress election, nuclear talks in Masqat and Vienna.
These events have made grounds that with any progress achieved, one can talk about new period of relationship between Iran and the USA.
During the last year, relationship between the two countries experienced a tremendous change. In spite of long-lasting and great mistrust, a proper structure of relationship has been created between the foreign ministries of the two countries and now talks between the two ministers is a normal thing and these talks don’t cause so much sensitivity among people and interest groups.
However, failure of the two sides in settlement of disputes can block the last year’s openings and can return to previous tense period that due to the US domestic developments it could be probably even worse than in the past.
Some of the influential Senators are opposing Obama’s foreign policy and they stated that with reopening of the new Congress in January 2015, they intend to revive the US global role. For them, with his shaking policies against the US rivals and enemies, Obama has severely disturbed the US reputation and role in the international arena.
The Republicans are not optimistic about the Iran- US nuclear talks and they announced that the new Congress will set stronger sanctions against Iran and if they acquire 2/3 (two third) majority of the Congress, they will prevent the nuclear deal with Iran.
Although resumption of bilateral relationship between Iran and the USA faces a lot of obstacles and problems, however, this deal can contribute to lessen the gap of mutual mistrust between the two countries. Success or failure of nuclear deal is such an important issue in the bilateral relationship that can have a remarkable affect in victory or defeat of the Democratic and Republican presidential nominees in 2016. 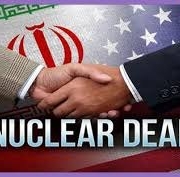 Strategic Equation in Syria and National Security of the Islamic Republic of...
Scroll to top