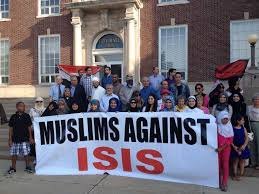 The growth of Wahhabi and Takfiri views, particularly in recent years, have been the main problem in the Muslim world that directly or indirectly impacted the Iranian national security.
A change in the targets of Takfiri groups in the past has been replacing anti-west and enemies of Muslims with anti-Shiite flow. Therefore, the increasing anti-Shiite views and Shiitephobia is an important threat to the Islamic Republic of Iran. The formal thinking that raised anti-Shiite views was Wahhabism which promoted anti-Shiite literature. The Takfiris with conceptualizing the theme “far and near enemy”, tried to find the cases. The Jihadi groups also contributed to the issue by raising the idea of explicit and implicit polytheism.
In this way, opponents of Shiite, especially Salafis in the countries inspired by the Islamic awakening wave, raised other concepts like Shiite Crescent or Shiite Tide. Nowadays, anti-Shiite thinking has reached to the point that for Takfiris the main priority is Anti-Shiism rather than enmity against Israel.
In fact, Islamophobia seen in the literature, emerged following the collapse of the bi-polar system in form of the introduction of Islam as a rival to the western liberal democracy and so the triumph of the Islamic revolution as an opponent to a number of fake and sponsored groups supported by exploitative powers.
Shiitephobia is a panic raised and strengthened by the west in a context of Islamophobia in non-Muslim countries, Sunni Muslims’ discourse and extremist Salafism and Takfirism within the Muslim world.
The closer extent one gets to Shiite regions in the world, the stronger anti-Shiite sentiments appear. Therefore, in countries like Bahrain, Iraq and Yemen the most population of which are Shiites, there is a stronger anti-Shiite thinking. Takfiris are securitizing Shiite thinking in a way that wherever there are Shiites, one will associate their respective states with security implications. Therefore, Takfiris have tried to collect Fatwas against Shiite thinking. To this end, they assemble evidences on behaviors as well as Shiite sources and then, submit them to Sunni jurisprudents so getting fatwas to the effect that Shiites are pagans. They have taken the same path in Indonesia, Algeria and Malaysia.
A reason for promoting of anti-Shiite literature is some extremist acts done by Shiites. A number of anti-religion and superstitious behaviors like cutlass and collar ceremonies– acts done by some for the so called commemoration of Imam Hussein (pbuh) martyrdom- have been used as a pretext in anti-Shiite advertisement of Takfiris. Some effective strategies against anti-Shiite thinking are as follows: Effective media presence and scholarly resilience through media techniques and tools, getting distance by Shiites from extremist activities, focus on the Islamic Revolutionary discourse (rather than Shiite-Iran discourse) and highlighting the role of this discourse in defending Islam, Muslims and Islamic awakening especially in the Palestinian cause.

The Manama Dialogue 2014
Scroll to top