A major reason for the continuation of the civil war in Syria and the increase in its severity is the unresolved conflict between the objectives of foreign players in that country. War continues to remain as the only solution for the realization of the objectives of foreign actors involved in Syria due to the fact that there is no middle way to reconcile their opposing interests.
If we put aside the substantial support of Qatar in the early years of the Syrian civil war, it should be said that the opponents would never been able to survive and expand the territory under their control without the support of Saudi Arabia and Turkey.
The US which had refrained from granting lethal military aid to the rebels until March 2014, began to support Assad’s opponents by sending Tau missiles and other requirements and played a vital role in their military restoration.
Attacks made by a part of the Syrian Kurdish forces against Free Army forces in northern Aleppo in two axes namely Sheikh Maqsood and Mare, is attributed to the coordination made between the Kurds and Russia.
Russian ground forces casualties in Syria reinforces the assumption that the Russian withdrawal or the reduction of its military presence in Syria is just a propaganda maneuver.
The return of an Israeli tank by Putin (the tank was seized during a 1982 battle with Syrian forces in southern Lebanon and sent to Russia as a gift) indicates the symbolic dimension of the friendly and close relations between Israel and Russia. Russia, along with China, vetoed Saudi draft resolution in the Security Council to blacklist Hezbollah despite the fact that this resolution was supported by the majority of UNSC members.
The US insists on the fight against ISIS and the Nusra Front – the Syrian branch of Al-Qaeda – as terrorist groups; but regarding the Nusra Front, has perused a multiple policy: it has supported its allies and refrained from making attack on them. The US has not only opposed the establishment of a Kurdish state in Syria, but also has not considered as appropriate and has not recognized the announcement of a federal government in Syria and a Kurdish Regional Government by YPG in the current situation.
The US will not conduct military operations against Assad; but will provide his opponents- which consider them as the moderate opposition- with weapons and ammunition. With the change of President of the US, this support would intensify.
Despite deep divisions over issues such as Turkey’s support for the Muslim Brotherhood and revolutionary movements in the Arab world and despite deeply hostile relations between Turkey and the coup government in Egypt; Turkey and Saudi Arabia have preferred to put aside their differences on Syria.
Saudi Arabia has no problem with any government in Syria, provided that this government stops cooperation with Iran and of course put pressure on the Resistance Front.
Obama and his administration have no plan to end the Syrian war because they do not consider it as a US war or a war for its interest. 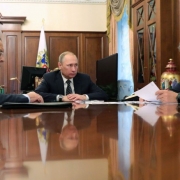 Impacts of the Failed Coup d’état on
Scroll to top