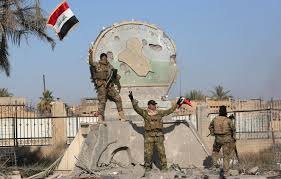 Government forces in Syria and Iraq continue to progress, however, with a slow speed and even they have achieved remarkable victories. In Syria, some endeavors to maintain a narrow ceasefire in some areas and providing assistance to areas under siege where fruitful.
After downing a SU-24 Russian warplane by Turkey, Russia deployed S-400 missile system in Syria. By the beginning of 2016, Russian air operation in Syria has significantly dropped and the number of daily operations has drastically reduced.Killing of “Zahran Alloush”, the head of Jaysh al-Islam as well as other Insurgent commanders in the eastern suburbs of Damascus where stunning and amazing demonstration of the accuracy of the Russian Air Force operations.
According to some assessments, Russian air strikes in Syria are costing Moscow between $2.5 to 4 million per day. Of course, the cost of SS-N-27 Sizzeler long range cruise missiles, each one costing more than $1 million, is not calculated in this assessment. Opposition supporters especially US and Saudi Arabia have refrained from arming opposition groups with efficient handheld anti-aircraft missiles such as the Stinger or Msytral.
Saudi Arabia is said to be seriously determined to send these equipments to Syria but faced with the US strong opposition. There are also rumors on the possibility of arming the oppositions to anti-aircraft missiles like the SA-3 prepared from Ukraine that seem to be disseminated by Russian propaganda.
Despite the difficulty of battle in the mountain and forest, some strategic heights and villages were recaptured from rebels in Latakia front which is most sensitive for both Assad as well as Russia; the most important success in this regard was regaining dominance on the Salam Township in the area. In Quneitra, all opposition gains in recent months have faded away by army’s counter-attack. TOW anti-tank missiles said to be transferred from Saudi Arabia to the opposition has decreased due to the US pressures.
The Kurds have moved towards Fryn, the Kurdish region in the West of the Euphrates and try to make a geographical cohesion in the Syria’s Kurdistan territory, ignoring the advances in Raqqa or Shaddad. This movement is strongly opposed by Turkey and as a result, Syrian Kurds have faced with Turkish militarily threat.
Iraqi operation to free Ramadi has not come to a final stage yet and the remaining ISIS forces on the outskirts of the city and surrounding areas are numerous and inflict several attacks on the army. Difficulty of the fighting against ISIS in Fallujah has turned to a serious problem for the Iraqi Government due to popular support for this group.
The most important operation for Iraq is the liberation of Mosul whereas it is not possible for the army to act in that city itself. Forces of Kurdistan Regional Government tend to make an independent operation for the liberation of Mosul.
With the Turkish military presence in northern Iraq that has been faced with a serious opposition by Bagdad, this impression is strengthened that Barzani is dreaming on the division of Iraq and annexing Mosul to the Kurdistan Regional Government. Kurdish forces fighting against al-Hashd al-Shaabi (The People’s Mobilization) in Tuz Khormato, declared a ceasefire after a bloody conflict.
US’s important operation was to kill ten ISIS leaders and another most important mission of US was an air strike on the treasury of ISIS in Mosul in order to destroy the most important financial sources of this group containing millions of dollars.
US’s assessments shows that ISIS cannot be defeated during 2016 and there can also be no compromise with this group. The escalation of tensions between Saudi Arabia and Iran could increase and diversify the transfer of weapons from Riyadh to Assad’s opponents. 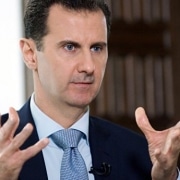 Field and Political Developments in Syria
Scroll to top