Blog - Latest News
You are here: Home1 / ُStrategic Notes2 / Regional3 / USA4 / New Appointments in the US Security Agencies and Implications on Iran 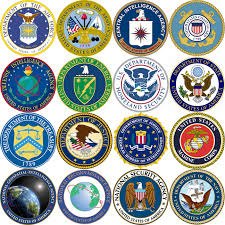 The US security agencies have recently witnessed two appointments that could be assumed as a normal change, however, given the appointees’ views and attitudes towards Iran and Iraq and also their career backgrounds, these appointments have brought about possible impacts on the US behavior viz-a-viz these countries.
Ashton Carter, the new Secretary of Defense, is a well-known extremist democrat and just because of this approach he is a popular official among the Republicans too. Some of the observers are of the view that Obama is using him as a shield against criticisms of the Republicans in defense and military areas.
The Republicans did concur with this appointment by a majority vote. Taking control over Pentagon by such a dignitary cannot be in Iran’s favor. Beyond that, he used to work academically and practically on WMD non-proliferation questions and he is a tough opponent of nuclear weapons proliferation.
A glance at his previous works could prove his belief on the military option, as a part of a broad strategy against Iran, a policy on which the Obama administration has repeatedly emphasized. It seems that failure of the nuclear talks could provide him with a much easier option in dealing with Iran and given the above said attitudes, this can make problems for Iran.
It seems very unlikely that he could have a decisive effect on President Obama’s decision on Iran. So far, Obama has removed Secretaries of Defense one after another for three times and this is a sign of having an independent personality, especially when fundamental issues matter.
Another important appointment includes moving David Cohen, a Jewish sanctions guru on Iran, from the Treasury Department to the CIA. This appointment can prove its value specially if the talks failed. This appointment is an indication of success for the US strategy. In fact, David Cohen as Deputy Director of CIA can be much dangerous for Iran now, in comparison with when he was designing sanctions at the Treasury Department. He can easily oversee and recognize the ways of bypassing sanctions and its violators.

The 2015 National Military Strategy of the USA
Scroll to top