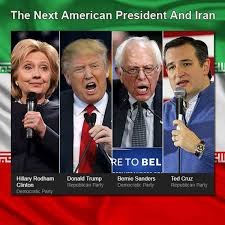 Even if it is ignored or underestimated, the US presidential election has always influenced Iran. Iran, particularly after the revolution has had an important place in the American presidential election too. In a way that even some analysts talk about Iran’s indispensible role in the election of the US presidents, or at least some of them.
In one of her speeches, Clinton declared that her strategy towards Iran will be based on five strong pillar

Trump has almost no reference to internal issues or the issue of human rights in Iran. It seems that Clinton has provided a more practical and concrete approach towards Iran thanking to her experience in American foreign policy.
Clinton is apparently a Democrat in the field of foreign policy, but her views are close to the Republicans, while Trump positions on foreign policy is something between isolationism and neo-conservatism.
Trump’s Campaign lacks a coherent approach in the field of foreign policy and his attitude towards foreign policy issues, is mainly focused on the denial of Obama and Clinton’s approach in foreign policy. This attitude contains only sporadic discussions and lacks strategic principles.
If Trump becomes president his team in the field of foreign policy and national security will be Republican and due to his lack of control and experience in the foreign policy issues, this team will play a key role in guiding American foreign policy.
Trump has a neoconservative approach, and this, along with his isolationist views will lead to the resentment of a number of the America’s allies. This would destroy the possibility of creating a global consensus on putting pressure on Iran, which happened under Obama well.
Unlike former American presidents as well as her competitors, Clinton, with go to the White House with a clear approach and a strategy on Iran. As a result, a difficult period is expected in Washington-Tehran relationship in that case.
Despite her great efforts during the campaign in order to win the attention of Republicans unhappy with Trump, Reuter’s poll shows that more than 84 percent of Republicans do not have a positive opinion towards her. 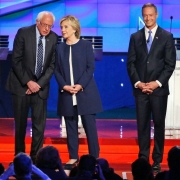 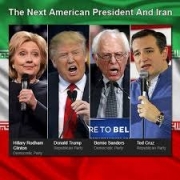 Iran and the Next American President
0 replies

Iran and the Next American President

The US Presidential Election; Problems and Prospects
Scroll to top