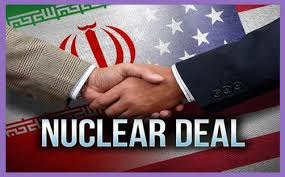 As already foreseeable, the tenth round of nuclear talks between Iran and 5+1 led to extension of Geneva interim agreement (Joint Action Plan). At the current situation, i.e., extension without new agreement, the same thing that happened six months ago, recurs; so based on that agreement, both sides are trying to find solutions for unresolved issues.
Keeping hopes alive, due to the sensitive public opinion towards the talk s, is very important. Furthermore, stronger hopes amounts to more attempts to successful conclusion. Perhaps the most important implication of not-reaching an agreement in the last round of talks and its extension for another 7 months is that uncertainty of not-reaching comprehensive agreement increases. In other words, extension of talks not only does not bring a clear prospect but it will cause a more complicated situation especially for Iran.
The fundamental problems still persist, solving of which needs hard decisions rather than time. It is unlikely that the problems like degree and way of enrichment in Iran as well as inspections and removal of sanctions are resolvable over the course of time. In fact, some of the problems are not necessarily resolvable over the time and with further discussions. This means that from now on, while the parties should have more attempts and creative approach to reach a comprehensive agreement, they should bear in mind the possibility of failure of the talks too.
More pressure on the Iranian economy is another implication of that failure. Continuance of sanctions and fall of the oil prices cause lack of ability of the government to allocate sufficient budget in many areas and like in the past, the economy will remain in recession.
Until the next 7 months, Iran should do utmost to keep its existing situation in the region. Otherwise, Iran’s status at the talks will probably be affected. During the past year, the Iranian public opinion was cornered with the talks. The hope that came to live had led to optimism and as the talks faced stalemate just at its peak, one can expect more disappointments, if it is not resolved.
It is better to have collaboration of non-official views first with official ones and secondly, they should be complementary to official views and not to be destructive towards them. During the past few years, on many occasions, without any comprehensive understanding in the field of foreign policy and security issues, non-officials have interviewed and made comments that caused tensions in foreign policy of the country.
In future talks, not only it is necessary to have continuous interaction in the field of foreign policy, but also it should be strengthened. This is the case especially with the neighbor countries. Of course undoubtedly, some of the neighbors are trying to make obstacles for the talks, but this should not be followed by a sensational behavior by Iranians.

The Benchmark in the Iran – USA Relationship
0 replies

Strategic Equation in Syria and National Security of the Islamic Republic of...

The Benchmark in the Iran – USA Relationship
Scroll to top