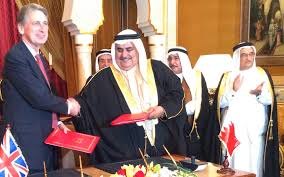 Recently the UK and Bahrain reached an agreement on establishing a marine base in the latter. Now after 45 years, the British forces are returning to the Persian Gulf and they are supposed to stay permanently in the region. This can have a special meaning for the regional countries particularly Iran.

Given the past decades developments, one can argue that the UK had not fully withdrawn from the region, but its influence has been increased or decreased over the time. During the British Empire era, the military presence of the UK was at its peak, however, in the past 5 decades, the British policy has been based on cooperation and following the US policies.

Establishment of some regional governments has been mainly based on British policy and activities and it has been very influential in political, economic and military settings as well as adoption and direction of those governments’ policies. From this angle, to have a marine base in Bahrain is not a substantial change in the regional policies and strategies, but it has a special connotation at the regional level.

This new agreement is concluded in a context of power vacuum and security dilemma. Power vacuum emerges mostly in a transitional period. Therefore, the actors want to achieve more power within the emerging order. Its main attitude and relationship is governed by zero-sum game.

What we witness in the strategic environment of the Islamic Republic of Iran is transition from the previous order and emerging a new order. At this period, the governments of Iraq, Syria and Egypt, as the three main actors in the Arab world has crumbled, while Iran, Saudi Arabia and Turkey, the three main regional actors, are expanding their sphere of influence.

Some of the Arab countries in the region tried to cope with Iranian influence and supported the opposition groups in Syria against President Bashar Asad. Their dissatisfaction of a Shiite government in Iraq caused their worrisome about increase in Iranian regional influence and concurrent with the US withdrawal from Iraq and its unwillingness for military intervention in the region, the emergence and expansion of political unrest in the region and its extension to Bahrain led to their amplified anxiety.

The Persian Gulf Arab states believe that the US regional policies in the past 15 years have resulted in boosting of the Iranian influence and the nuclear agreement, their fight against ISIS and the support to consolidate the central government in Iraq have fixed Iranian regional influence. They don’t trust American policies like they did in the past and are concerned that the American reluctance to cope with the regional threat along with the possible nuclear agreement, would weaken their position in the region. Therefore, they attempt to gain the support of other Western powers, including Britain and France.

Bahrain rulers believe that without the support of foreign allies, regional or extra-regional, continuation of their dominance over the majority will face more troubles. And due to their weak foothold in the society and the region, the country has been one of the main Persian Gulf bases in which the extra-regional powers show interest.

The south Persian Gulf States have less confidence in American policies and power in the region that is proved not only by establishment of the UK marine base in Bahrain but also in their arms purchases from several countries and their joint military maneuvers being carried out with other European countries.

The UK presence in the region equals to strong competition among the regional countries and the West and finally exacerbating the regional security. Less American influence in the region has prepared the ground for second grade powers. In this way, the British forces will withdraw from Afghanistan and get deployed in Bahrain. With more coordination with the US, they will play an active role within the coalition against ISIS.

The first negative implication of the British forces presence in Bahrain is for the Bahrain people and the Shiite majority in this country. The ruling government, by means of good relationship with extra-regional big powers and huge oil revenues, will keep on suppressing the protesters and the rule of a minority on a majority.

It is unlikely that the US will begin to withdraw its fifth fleet and shot dawn its military base in Bahrain. The US will maintain its pivotal role in the region and support the south Persian Gulf States and the UK at the best as an ally will accompany the US. 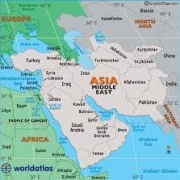 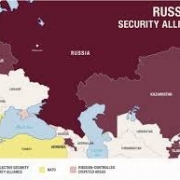 Military Events and the Regional Strategic Developments
Scroll to top