Blog - Latest News
You are here: Home1 / ُStrategic Notes2 / Regional3 / USA4 / A “Deal of the Century” and Tension in US-PA Relations 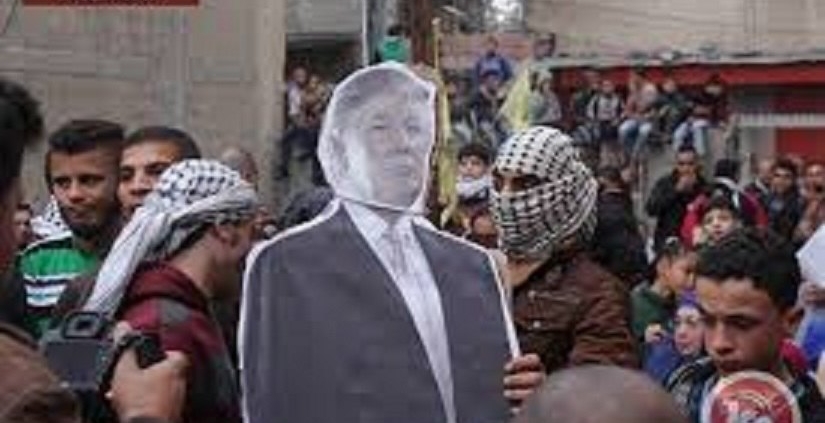 The announcement of Quds as the capital of the Zionist regime by the president of the United States led to dissatisfaction and severe protest by PA officials. However, disclosure of some of the details of the Trump program, known as the “Deal of the Century”, as well as the continuation of the harsh procedures such as the closure of the PLO representation in Washington and exerting pressure through the budget, has caused tension in US-PA relations.
The new US administration seems to be seeking a coalition of Israeli and like-minded Arab states in the region to advance its interests and to create a strong front against rivals such as Russia and Europe and enemies like Iran and its allies. To this end, the Trump administration and its advisers recognize that the dignity and identity of the Arab states, especially of Saudi Arabia, made it necessary to resolve the Palestinian issue as a prelude to the beginning of formal relations with Israel.
If the Palestinian issue is resolved in any way and the Palestinians agree with Israel, the Arabs will be free to establish ties with Israel.
The measures taken by the US President vis-à-vis the Palestinian issue have, more than any other period, resulted in the Palestinian Authority’s dissatisfaction, because Trump’s decisions on various issues, such as the recognition of Jerusalem as the capital of Israel, as well as a plan called the deal of the Century, should be resolved based on the Oslo Accords after the negotiation and agreement between the Palestinians and Israel, and in a clearer sense, it is outside the jurisdiction of the White House or any other country.
It seems that the Arab countries have not welcomed the US so-called deal of the century. According to Ahmad Mujadalani, a member of the Executive Committee of the PLO, Jarde Kouchner, during his trip to Saudi Arabia, placed the Crown Prince in the course of the provisions of the “deal of the Century”, in which Mohammed bin Salman responded that the Arab Peace Project 2002 should be the basis for resolution of the Israeli-Palestinian conflict.
The United States has always been putting pressure on the resistance groups in different ways and trying to push them into a PA model, that is, to identify Israel’s existence and negotiate with Israel. Given the tensions in the relationship between the White House and the PA, it can be said that the United States is destroying the self-made model that has been supporting its consolidation and success for several years. The US abolished the Oslo agreement, once negotiated with its own mediation and reversed relations between Israel and the Palestinians to its zero point.
The tangible result of the measures taken by Trump has led to a situation for the first time since the past two decades that organizations like Hamas and other resistance groups in the Gaza Strip, came to a direct opposition to the United States, and raise demands in contradiction with the demands of that country.
Despite the PA’s determination to take tough reactions against the US decisions, its economic dependence, the lack of regional and trans-regional support and the lack of an alternative option would cast doubt on the operationalization of the threats made by this organization.
The PA has always been opposed to resistance groups and their positions, which have often been backed by Iran. If these two groups reach common positions on disputed issues, at least in the announcement and even not in practice, an acceptable strategic success will be provided for Iran.

The European Union and Establishment of Palestinian State
0 replies